Expand Page
FDA Disclaimer
These statements have not been evaluated by the Food and Drug Administration. This product is not intended to diagnose, treat, cure, or prevent any disease.
Top 10 Reasons To Supplement with Vitamin C


America would save trillions in health care expenses, if this knowledge were widely known and desseminated.

#1: Too Little Vitamin C is the Leading Cause of Death

Linus Pauling's last great contribution to human health is the widely ignored discovery that the number one cause of death in America is a chronic vitamin C deficiency. 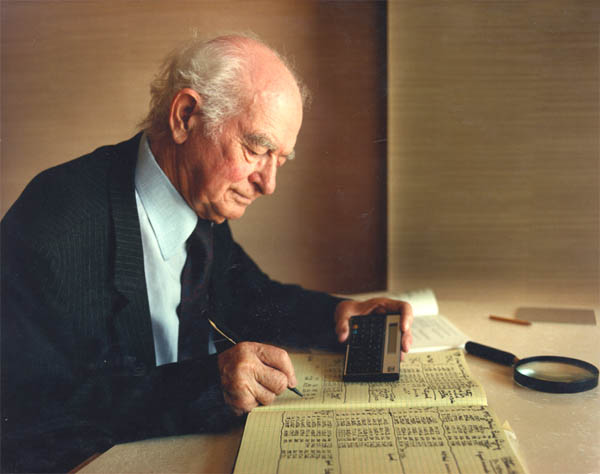 "I think I know what the answer is... we can get almost complete control of cardiovascular disease, heart attacks and strokes by the proper use of this (vitamin C and lysine) therapy... even cure it.... Its almost miraculous..." - Linus Pauling (1992 Heart Disease Video)

The Pauling/Rath unified theory and the Pauling invention of a protocol to treat the heart disease, ranks among the greatest scientific achievements of all time.

Read more at our Vitamin C and Heart Disease page.

Reversing Heart Disease with a Vitamin Dr. Cobb is a physician and one of our customers. His article reprinted with permission from wellbeingjournal.com

Read more at our Vitamin C and Heart Disease page.

When blood levels are measured, the study results are consistent:

These blood measurement studies (as opposed to food questionnaire-based studies) would have made Linus Pauling happy. Pauling wrote that even though he couldn't prove it, he had become convinced that supplementing high doses of vitamin C, along with other antioxidants, might extend the healthy life span 20 to 30 years." (ref: How To Live Longer and Feel Better, 1986)

Non-toxic "chemo" is the miraculous promise of "vitamin C" in the fight against cancer.

Expert Opinion: The Case for Vitamin C Against Cancers

Read more at our Vitamin C and Cancer page.

Read more at our Vitamin C and Cancer page. 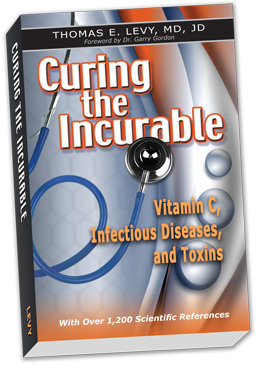 Study: The Effectiveness of Vitamin C in Preventing and Relieving the Symptoms of virus-induced Respiratory Infections.

The effectiveness of vitamin C in preventing and relieving the symptoms of virus-induced respiratory infections.

In summary, people taking 10+g vitamin C orally should be protected from Ebola. Those that get the disease should be cured quickly with IVC 50g/day for at least 3 days. Ebola depletes your vitamin C causing acute scurvy which kills you. IVC is the only form of vitamin C that, in addition to curing the scurvy, can get blood levels high enough where it acts as a direct viracide by inactivating viral RNA. Ebola Article by WM Wassell, MD

Read more about vitamin C and Infectious Disease (Below)

Read about the Surefire Cure for the Common Cold page. In the 1930s, Dr. Claus W. Jungblut, an early pioneer of vitamin C therapy, discovered that only primates and guinea pigs were susceptible to scurvy as well as anaphylactic shock, pulmonary tuberculosis, diptheritic intoxication, a poliomyelitis-like viral infection and a viral form of leukemia. None of the vitamin C synthesizing laboratory animals had susceptibility to these diseases.

Recently, study was published that assessed the relationship between vitamin C intake and risk of gout in almost 47,000 men. All the men had no history of gout when they entered the study. Their intakes of vitamin C (via diet and supplements) were assessed every 4 years over a 20-year period.

Risk of gout was found to be lower in individuals with higher vitamin C intake. Compared to individuals with a total vitamin C intake of less than 250 mg per day, those with total intakes of 500 - 999 mg per day had a 17 percent reduced risk of gout. For intakes of 1,000 - 1,499 mg and 1,500 mg or more per day, the risk of getting gout was down by 34 and 45 percent, respectively.

These results suggest that vitamin C, either from diet or supplements, is associated with a reduced risk of gout.

Humans cannot make their own vitamin C, but almost all other species on the planet can and do make large amounts of vitamin C 24/7. This makes vitamin C unlike the other essential vitamins which must be in the diet of both we and our animal friends.

The loss of a single gene (termed GULO) prevents you from making your own vitamin C.

Read more: The One Thing to Know About Vitamin C.

Vitamin C is required for the production of collagen, and those who take more optimal amounts of the vitamin enjoy improvements in their appearance; e.g., "thicker" and wrinkle-free skin, increased fingernail growth, the elimination of certain age spots and dark circles under and around the eyes, as well as better healing.

A little known benefit discovered by dentists in the 1950s is that 6,000 mg daily completely prevents dental carries (cavaties).

#9: Governmental (RDA) Recommendations are Too Low

Why do our recommendations run counter to medical and governmental authorities?

Don't Tissues Saturate at 200 mg of Vitamin C? The erroneous idea that 200 mg of vitamin C is all our bodies can use daily arose out of important research by the Mark Levine group at the National Institutes of Health (NIH).

The NIH papers were analyzed by pharmacology professors Steve Hickey, Ph.D. and Hilary Roberts, Ph.D., and the errors were communicated to the NIH and other authorities. After normal scientific channels failed, these UK scientists authored two important books detailing the errors in the NIH research conclusions.

The basic flaw in the NIH research was not accounting for the short half life of vitamin C (aka ascorbate) in the blood plasma. Using the NIH's own numbers, Hickey and Roberts developed their Dynamic Flow theory.
For those interested in the details why our blood plasma and tissues do not "saturate" at 200 mg daily, please refer to:

Apparently the Linus Pauling Institute is aware of the faulty NIH research, but not of the Hickey/Roberts rebuttal arguments.
One major implication of the Hickey/Roberts' Dynamic Flow theory is that taking 500 mg of vitamin C orally every 3 hours maintains the highest steady-state blood plasma concentrations.

Owen Fonorow's measurements, as published in the July 2017 Townsend Letter for Doctors and Patients, shows that 4,000 mg of ascorbic acid (but not sodium ascorbate) can be absorbed into the blood stream after oral intake without loss equivalent to an intravenous infusion.

There is little risk in adopting our vitamin C recommendations. Vitamin C is completely non-toxic (less toxic than water), and no harmful oral dosage has been discovered in toxicity studies, i.e., there is no LDL-50 dosage (the lethal dosage at which 50 percent of the lab animals given the substance are killed .)

Even the Linus Pauling Institute has it wrong. Vitamin C: Myths And Reality Outside The Research Laboratory

"If a news reporter asks the vitamin C experts at the Linus Pauling Institute today about how much vitamin C is needed to maintain health they are going to answer with the same nonsense that has polluted the minds of millions over the past 3-4 decades: only 200 milligrams a day and forget vitamin C pills, fruits and vegetables will do." — Bill Sardi

Don't expect to hear about any of this from Medical Doctors. Medical doctors, for whatever reasons, have not been trained in the massive vitamin C research.

The massive science (a small portion of which is reported on these pages) is missing in medical educations. And a negative propaganda campaign exists to keep doctors comfortable in their ignorance.

Illinois Benedictine is outstanding and brags that more than 80% of its graduates who so desire are accepted into medical and dental schools. For these future doctors, there can be nothing to the therapeutic claims for vitamin C, otherwise they would have learned something about it. (This nutrition class may be the last class in nutrition these future doctors attend.)

Curious, I obtained some of the materials from an earlier prerequisite course in basic nutrition, and found a "How To Spot A Quack" checklist in this material. Prominent on the checklist was the label that any doctor who prescribes or recommends more than the RDA amounts of a vitamin is a 'quack.'"

Confused by the Recent Anti-Vitamin C Stories in the News?!

The first thing to note about the spate of negative stories is that they usually aren't based upon some new study. Another clue is that they range across various potential medical uses of vitamin C. This article, HOW YOU CAN HELP COUNTER THE PROPAGANDA CAMPAIGN AIMED AT MEDICAL ALTERNATIVES was written by one of the co-founders of the Vitamin C Foundation in 1996! Not much has changed in 20 years.